In the past couple of months, several million-dollar real estate properties got a massive price cut. The properties involved were the high-end mansions of famous people and some luxury penthouse. 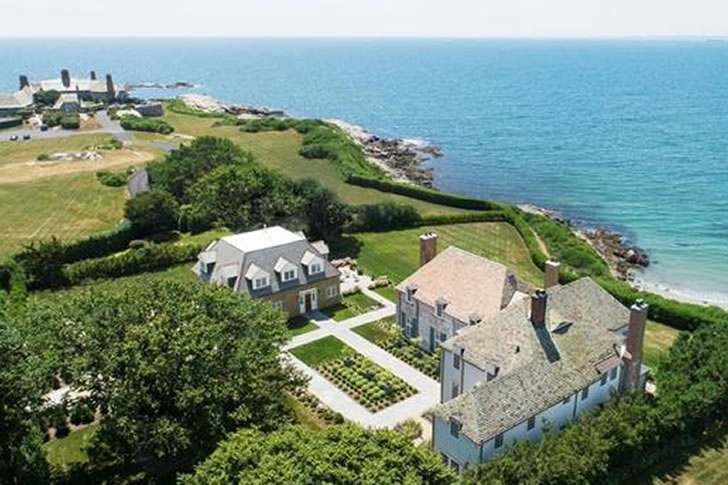 One prime example of this is the famed home of the basket superstar, Shaquille O’Neal located in Florida which got a whopping $6 million price cut. The property was originally listed back in 2018.
According to Lina Batarags of Business Insider, customization of luxury homes that can be considered as over-customized has the impression of a property that is harder to sell within the common market. This might be the main reason why we are seeing some major luxury mansions which are listed for a very long time.
With that said, some properties received a price cut and managed to be sold while others are still on the listing. One property that was successfully sold after the cut was the mansion in Hillsboro Beach that was originally listed three years ago. After a $100 million price cut, the property was finally sold and taken out on the listing. Here are some of the most expensive real-estate price reduction that happened within the past few years.
Michael Jackson and The Neverland Ranch
In 2015, Michael Jackson’s Neverland Ranch was listed for over $100 million. Two years after listing it on the real-estate market, the price of the luxury property was brought down to $65 million and recently, the 2,500-acre property is now listed with almost a 70% drop, with the current price of $31 million.
Los Angeles’ 4-Level Mega Mansion
The four-level mansion located in Los Angeles was one of the most expensive mansions listed in the market. It has a price tag of $250 million and got a $100 million price cut which brought the property to $150 million. This expensive, one of a kind property has its own bowling alley, a movie theater, and a car gallery. It also has five bars perfect for that party nights.
Beverly Hills’ “The Mountain”
Located at the top of a hill, the empty plot was known for the name “The Mountain.” Originally listed with a jaw-dropping $1 billion, it is considered as one of the most expensive listings in Los Angeles. Last February, the $1 billion property received a price cut of $350 million which brought the asking price to $650 million. Considering the price cut, it is still listed as one of the most expensive properties in the city.
Warren Buffett’s Laguna Beach Vacation Home
Listed for two years with the asking price of $11 million, the vacation home received a $3.5 million dip which is around 30% of the initial asking price. The property was finally sold for an estimate of $7.5 million.
New York’s SoHo Penthouse
Considered as the most expensive apartment in downtown New York with an initial price of $65 million. The property received a $5.5 million discount which brought the price down to $59.5 million. Still hefty considering that $59.5 million is still considered as the most expensive if ever someone managed to get this property.
New York’s Tallest Residential Building
After listing the tallest residential building in New York for two years with a price of $82 million, the realtor decided another approach for the property. They split the property into two luxury apartments with a tag of $30.7 and $30.2 million. A pretty good strategy after cutting down the price by almost $21 million.
Versailles in Manhattan
The luxury townhouse which is known as the Versailles in Manhattan has its name in the market listing for almost a decade now. Currently listed as $19.75 million which is far from the initial asking price of $35 million back in 2007. The price cut sums to $15.25 million cut from the time it was first listed.
Playa Vista Isle
The mansion modeled after the Palace of Versailles located in Florida was first listed with a whopping $159 million and after the price cut, it went down to $42.5 million in an auction last January. The posh mansion is located in the famed “Millionaire’s Mile” in Hillsboro Beach and has 11 bedrooms along with 22 baths.
Shaquille O’Neal’s Windermere, Florida Home
The home of the basketball superstar in Florida where he lived for over 26 years is available in the property listing. Initially appeared last year with a price of $28 million, the mansion now got a $22 million tag under its belt.
World’s Largest Cabin, Granot Loma
Located in Michigan, the world’s largest cabin is for sale. The property features its own marina and is situated in a 5,000 acre of wooded property. Originally listed as $40 million, the property cut down the prices by 50% making the cabin cost only $20 million.
Luxury London House
Billionaire Ken Griffin is said to have purchased a luxury property in London for about $123 million. The property is said to have an initial asking price of $165 million. The property is located in Carlton Gardens which is not very far from the famed Buckingham Palace.