Have you ever came across the button that says “I Agree” button in most websites? More often than not, we clicked it once or twice but what does it actually means for the merchant?

When filing an online application for a credit card processing service, a merchant clicked went through the application process. Right before reaching the end of the process, the merchant came encountered a button that says “I have read and agree to the Terms and Conditions.” With that in mind, is the merchant susceptible or not for any dispute to be arbitrated or not? 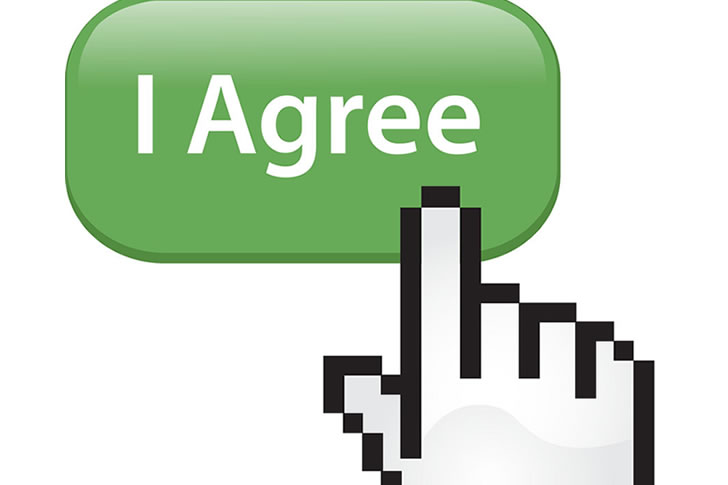 Let’s take a look at the memorandum opinion ordered by District Court Judge of the Southern District of California, Anthony J. Battaglia. The memorandum was signed last July of 2017 that denies the motion by North American Bancard, LLC (NAB) against Gerald McGhee.

North American Bancard or NAB leaned to the user agreement and its provision between the merchant and the company. The user agreement states that “IN THE ABSENCE OF RESOLVING THE DISPUTE, AND INSTEAD OF SUING IN COURT, PA AND YOU AGREE TO SETTLE AND RESOLVE FULLY AND FINALLY ALL DISPUTES EXCLUSIVELY BY ARBITRATION . . . . THE AGREEMENT TO HAVE DISPUTES RESOLVED BY ARBITRATION IS MADE WITH THE UNDERSTANDING THAT EACH PARTY IS IRREVOCABLY, KNOWINGLY AND INTELLIGENTLY WAIVING AND RELEASING ITS RIGHT TO LITIGATE DISPUTES THROUGH A COURT AND TO HAVE A JUDGE OR JURY DECIDE DISPUTES.”

NAB’s Argument About the Case

As expected, NAB disputed Battaglia’s order and argued that the customer (McGhee) didn’t provide any other evidence that has something to do with his indicated assent. The opinion answered the argument and stated that “NAB did not make a ‘prima facie’ showing that McGhee assented to the User Agreement and the arbitration clause; therefore, it was unnecessary for McGhee to provide rebutting evidence.”

In relation to that, the McGhee v. North American Bancard, LCC (Ban) 17-56248 appeal was discerned by Circuit Judges A. Wallace Tashima, Kim Wardlaw and District Court Judge Robert. W. Pratt from the Southern District of Iowa.

The proceeding led to McGhee to believe that a nationwide class action on behalf of merchants who obtained a PayAnywhere card-reader from NAB which he didn’t use, has drawn a non-use fee from his account. Starting from this, NAB refused to provide a refund. This was the story of the complaint.

Request for Stay by NAB

The proceeding of the denying arbitration was on appeal, the company asked Battaglia to stay with the proceedings. He mentioned that NAB and the Ninth Circuit has not fully resolved the issue on hand. After considering the weight of the argument, they favored to stay.

“NAB argues the Ninth Circuit has not resolved the issue of whether users can be compelled into arbitration agreements by clicking an ‘I accept’ button on a website. NAB cites to a Second Circuit opinion which recently held ‘such agreements are enforceable.’…NAB, therefore, asserts this is an important and novel area of law and ‘that the Ninth Circuit be allowed to consider this critical issue before NAB is required to litigate in this District Court.”