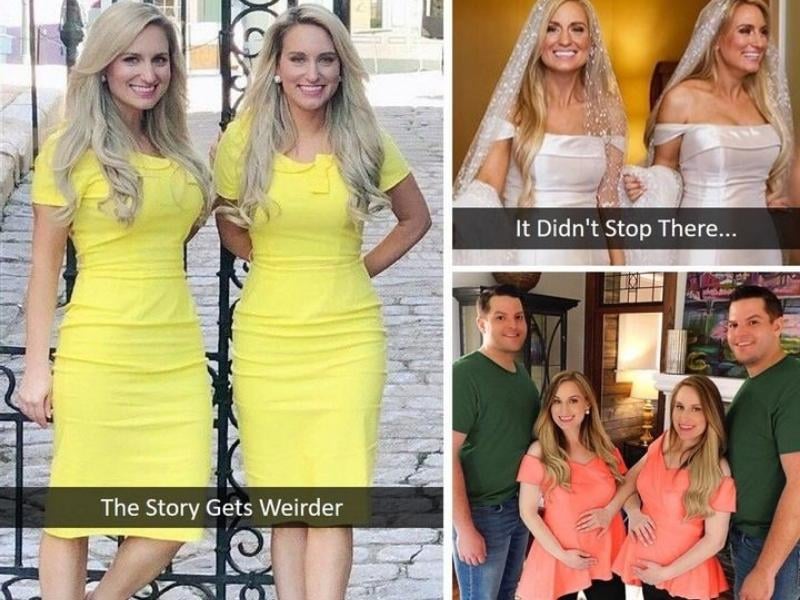 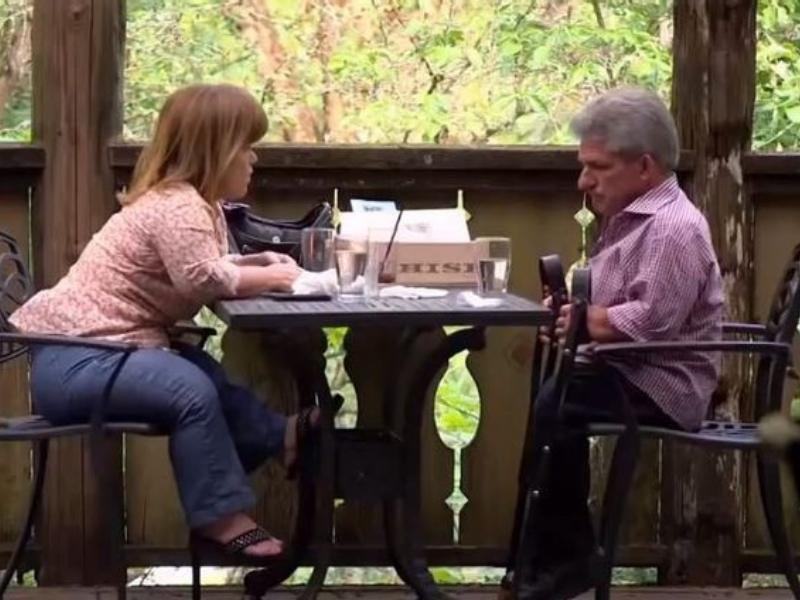 Some of the Roloffs started to develop their marital bliss back in 2016, but unfortunately, some managed to put an end to theirs. In the same year, the audiences of the show were incredibly shocked to learn that the paradise on the farm had its fair share of troubles. Those troubles came from Matthew and Amy, and they announced that they were going to legally separate from each other.

By doing so, they were going to end a marriage that had lasted for over 30 years. On the bright side, the pair didn’t have a complete falling-out. Though marriage lawyers managed to intervene in their relationship, they managed to remain on friendly terms for the sake of their business and their lovely family.

New Member of the Roloff Family 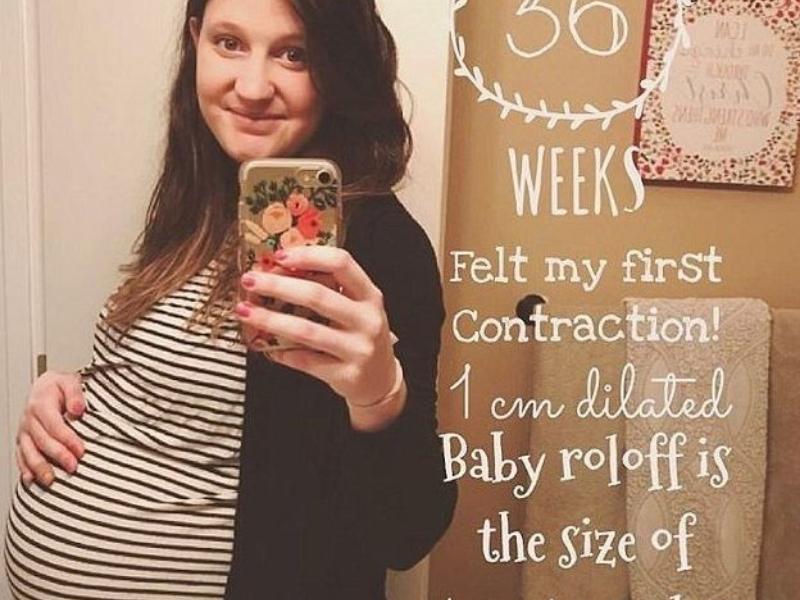 There’s no question that the news about Matthew and Amy’s separation was incredibly tough on the family. Despite the bad news, there was some good news that certainly helped in lifting the mood. During the same year of Amy and Matthew’s separation, Tori and Zach announced that both of them would become parents and that a new member of the Roloff family was going to arrive soon.

Tori’s pregnancy certainly became a big part of the show. In some episodes, her anxiety was showcased to some degree as she had worries that the baby was going to be born “different. However, Zach argued that being “different” would only mean that their soon-to-be kid was a mirror reflection of its father. 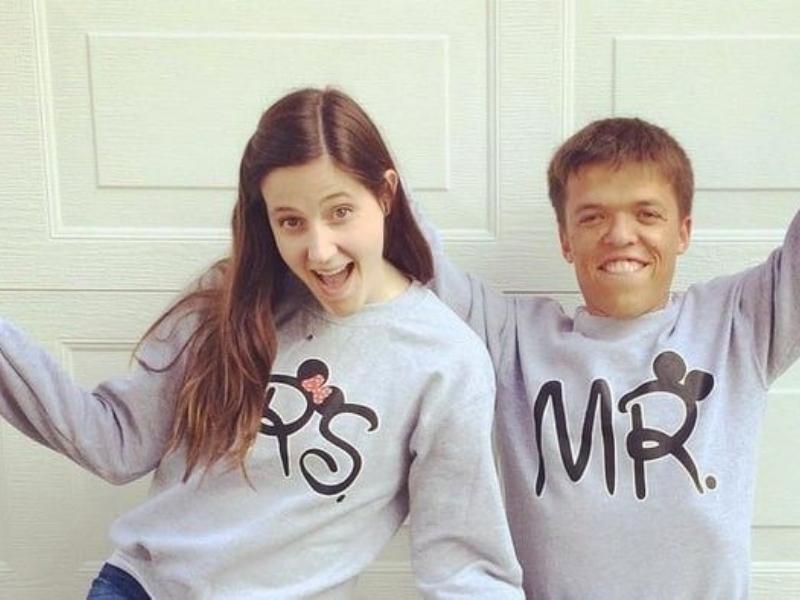 It’s certainly amazing that Zach and Tori’s happy news coincided with the seventh year of their blissful relationship. This adorable couple managed to share their joy with their fans and followers on social media. These two went on and posted numerous adorable photographs of them, and it certainly made it clear to their fans that they cared for each other immensely.

Anyone looking at Zach and Tori’s photos would immediately start rooting for them even more. Zach and Tori certainly looked like a match made in heaven, and they quickly became an inspiration for all hopeless romantics all over the world. They certainly deserve credit for showing us how happy people can become whenever they’re in love with their partners. 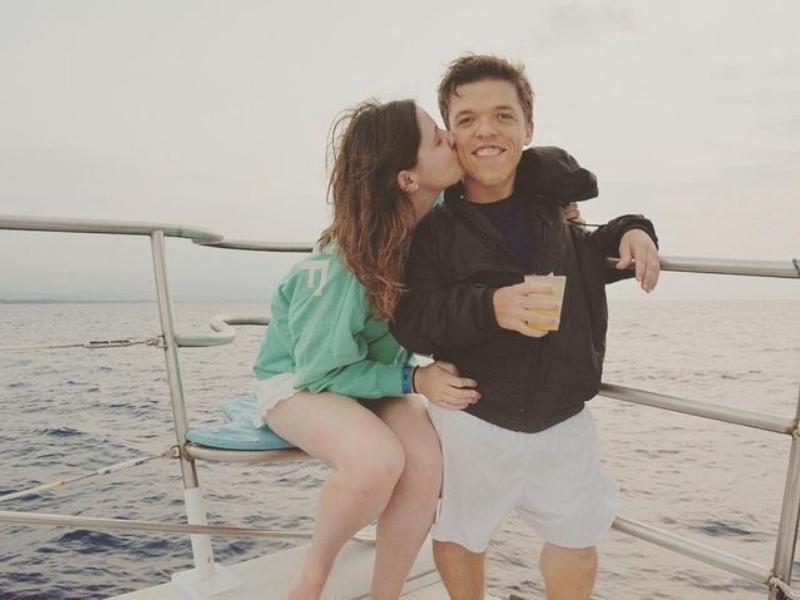 Everyone had an idea that Zach was born with achondroplasia. In case you don’t know, it’s a bone growth disorder that causes dwarfism, and the doctor had a reason to believe that Zach’s kid wouldn’t inherit his condition. However, despite being optimistic, Zach and Tori received news that wasn’t so great.

When Tori and Zach received the news that their kid would also have dwarfism, they didn’t panic at all. It also helped that their closest friends and family members approached the situation with a healthy dose of tranquility. They also made sure to show immense love to their child before and after he was born. They certainly deserve credit for their approach, and they were incredibly happy when the baby finally entered their lives. 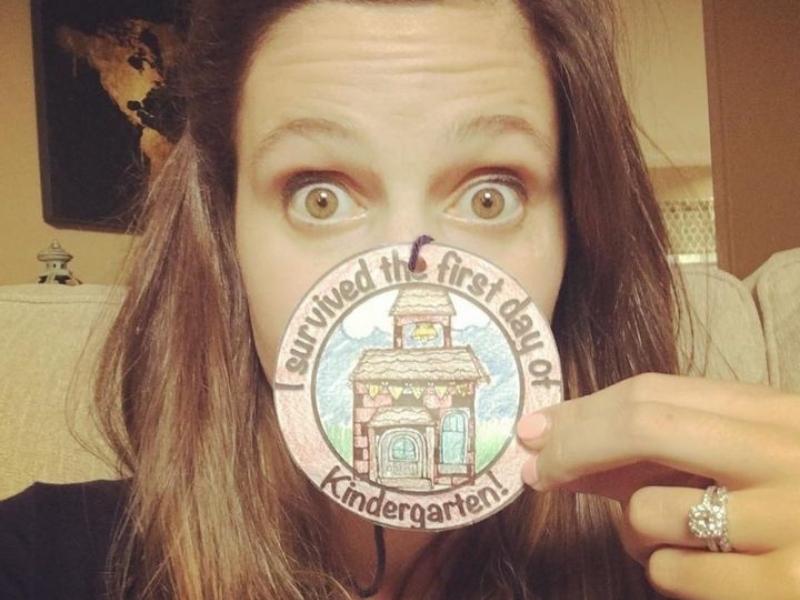 It was pretty evident that dealing with kids wasn’t something new for Tori. She credits her previous experience of being a teacher in kindergarten for allowing her to ease her way into the transition. This soon-to-be mom found preparing for motherhood a little easy, and she even managed to enjoy her job. Tori even felt absolutely sad to take her maternity leave.

As she said her goodbyes to her class, Tori promised to visit them again as soon as she could. She also promised that she’d bring her baby and introduce them to her kid. However, before she could deliver on her promises, Tori and her soon-to-be baby encountered a complicated journey, and her pregnancy was far from smooth sailing. 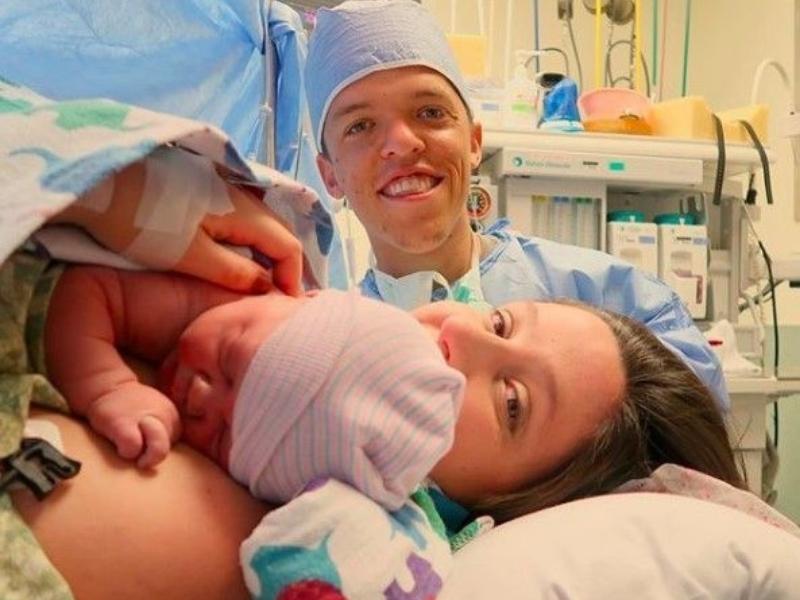 In May 2017, Zach and Tori welcomed an adorable baby boy named Jackson. Their adorable baby boy was born with the same condition as Zach, but it certainly didn’t diminish their joy. The Roloff family was more than eager to welcome baby Jackson, and Zach was more than determined to raise his son with a ton of love. He also vowed to provide his son with guidance and help him overcome challenges that might come his way.

Everyone gave credit to Jackson’s parents, and they pointed out that he was going to be a fortunate boy. While Jackson was set to grow up with dwarfism, he was also going to be a part of a family that had unprecedented expertise in dealing with the condition. 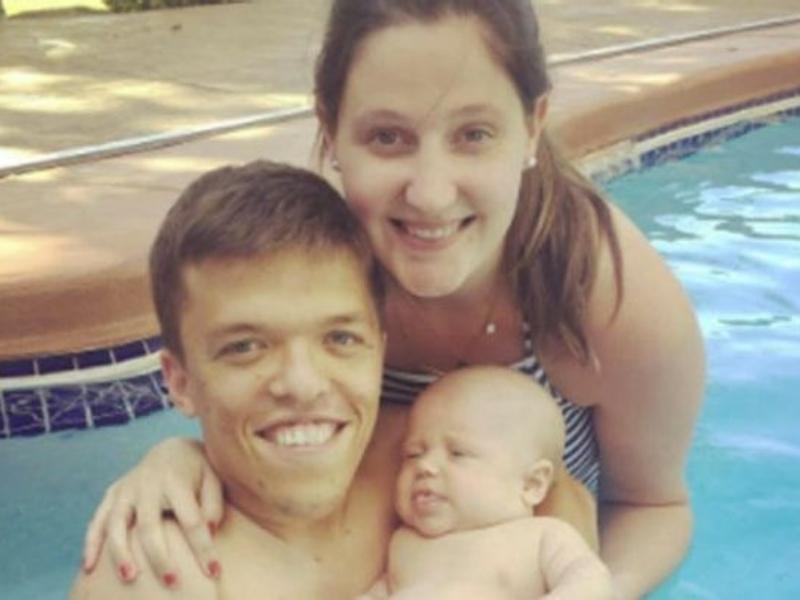 The happy new parents certainly didn’t waste any time introducing their adorable baby Jackson to the rest of the world. You could certainly see that Tori and Zach were extremely happy with Jackson’s arrival. As a testament to their joy, Tori would provide updates about the adorable baby boy on her social media accounts. Fans would get to see the complete showcase of the good times that these three were having.

In this case, fans also deserve some of the credit as they immediately welcomed baby Jackson. As a result, the new parents would receive love through comments, likes, and fan mails. The fans welcoming their new baby boy certainly caused Zach and Tori to be at peace as they felt that Jackson would be accepted regardless of his condition.

Difficulties Along the Way

Tori may have given us all the impression that motherhood was extremely easy for her. However, she wasn’t always smooth sailing, as the truth is different to some degree. Along the way, Tori came across several bumps along the road. She then revealed to her social media accounts that she was struggling with breastfeeding, and it was one thing that became a challenge to her.

Tori’s honesty about the subject certainly resonated with new mothers. In turn, it helped spark public interest, as well as open a dialogue, in the subject. It’s certainly similar to how the hit TLC reality television show contributed to spreading the word towards dwarfism. You could say that Little People, Big World tackles more than just the false narratives of dwarfism! 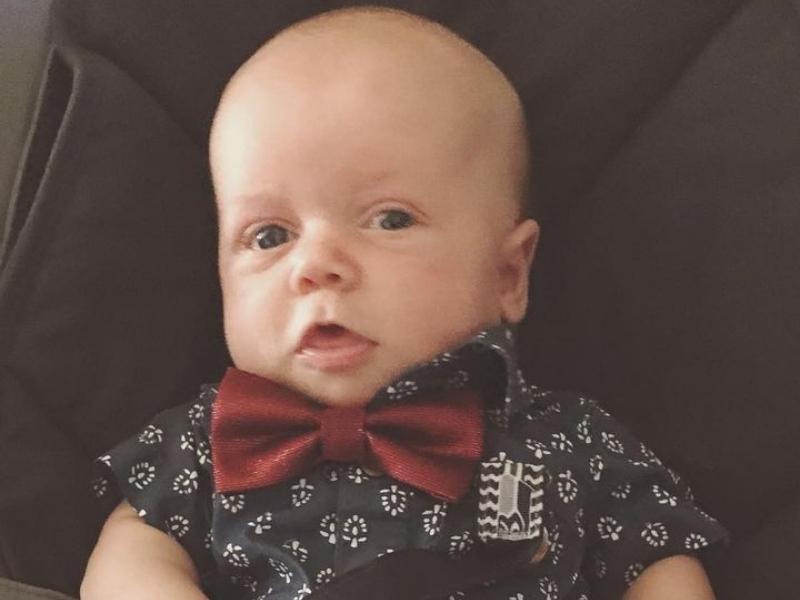 Tori certainly received overwhelming support after she shared her opinion about the subject. In turn, this new mother decided that she’d continue to speak about various breastfeeding woes, as well as other challenges that new moms like her are forced to deal with. You could say that Tori deserves part of the credit for raising awareness!

Raising awareness about the subject certainly allowed Tori to become a significant voice in the breastfeeding debate. Subsequently, Tori’s words strongly resonated with her fans and the public, and she started to make a real difference. It’s important that we’d consider that the awareness about the subject was incredibly low, and it’s refreshing to see someone famous like Tori become heavily involved in spreading the word. 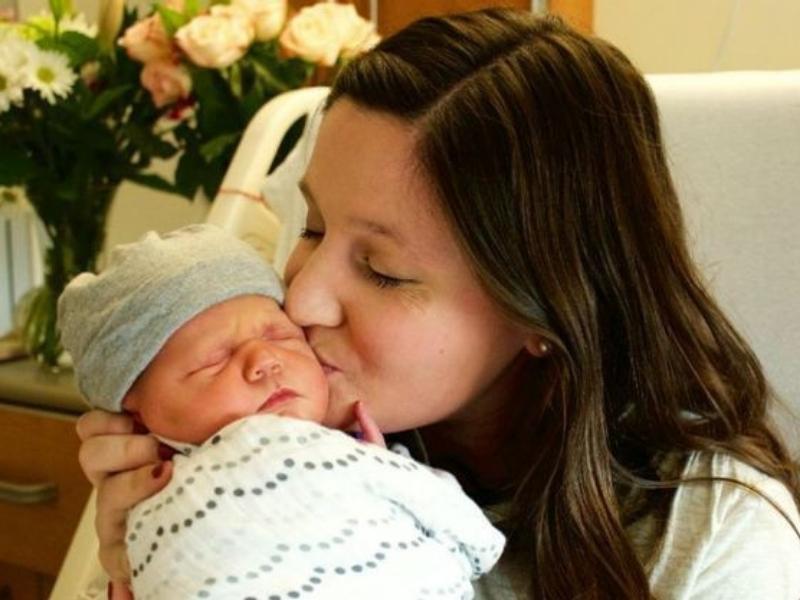 One certainly can’t deny that breastfeeding continues to be one of the hottest topics up for debate. Opinions about the topic can also go to the extreme sometimes. Some people would desire to ban all mothers from breastfeeding their newborns in public. Some would even shame mothers who struggle breastfeeding and even tell them to stop trying at some point.

Breastfeeding is certainly a personal and intimate part of providing nourishment to any newborn. One can easily consider it as a mother’s investment in trying to make sure that her baby grows up to become a healthy kid. As a result, it can certainly be tough on new mothers, especially the stigma that involves breastfeeding in public.